Ex-NFL Player Shares His Passion for Health, Fitness and Photography

Tony shot to fame in 1989 as the first-round draft pick for the Green Bay Packers. He was touted as being one of Michigan State University’s best football players and his performance received numerous accolades. He weighed 308 pounds, could bench press 225 pounds 39 times and was nicknamed “The Incredible Bulk” by Sports Illustrated magazine.

In 1999, Tony retired from professional football with a shoulder injury. He went on to marry his Michigan State University sweetheart, Char, and the two moved to Arizona in 2005. That’s where he met his now Isagenix® sponsor Jill B., and started on a 30-Day Cleansing and Fat Burning System.

Shane is a former collegiate linebacker and special teams coach for a private school and is now a 20-year fitness industry veteran with a successful training career where he helps anyone from NFL to Olympic athletes such as Wallace Spearmon Jr. get fit and healthy.

The same energy, passion, athleticism and competitive spirit he loves about football is also what he brings to his clients while guiding them toward a total body and lifestyle transformation. The keys to the transformation include fitness training, a balanced diet and nutrition with Isagenix®.

Natalie is no stranger to hard work and knows it takes focus to make dreams a reality. After just a handful of years playing volleyball, she received the call of a lifetime: did she want to go to the Olympics? Thus began her journey to five Olympic games playing sand volleyball.

“I quickly found out that when you’re in a bikini, you can’t hide your weight,” remembers Natalie. “After we won bronze in Atlanta in 1996, we knew we needed to look at my weight to prepare for Sydney in 2000.” 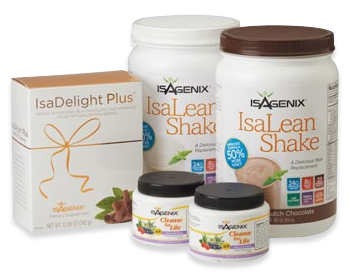