The study, conducted by researchers at Rush University Medical Center in Chicago, successfully tested a special diet: The MIND diet and compared it with the popular, heart-healthy Mediterranean diet and the DASH diet (controls high blood pressure). The MIND diet borrows significantly from the other two, and all are largely plant-based and low in high-fat foods. But the MIND diet places particular emphasis on eating "brain-healthy" foods such as green leafy vegetables, nuts and berries, among other recommendations. 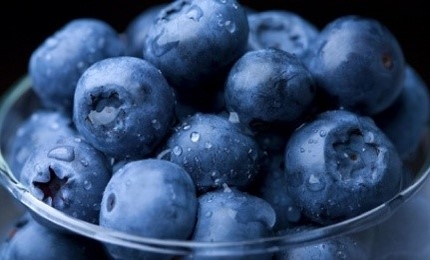 The study investigated how nutrition can improve brain health and stave off the cognitive decline and memory impairment that comes with Alzheimer’s disease and other forms of dementia. Experts say there is growing awareness that lifestyle factors-not just genetics-play a prominent role in the development of Alzheimer’s, and researchers hope to come up with an optimal diet that will lessen the chances of developing the disease.

An estimated 5.1 million people in the U.S. have Alzheimer’s, a number expected to grow to 7.1 million by 2025, according to the Alzheimer’s Association. Dr. Morris, who was first author of the study, published recently in the journal Alzheimer’s & Dementia "It’s a relatively new field compared with heart disease and diabetes and nutrition", said Martha Clare Morris, a professor of neurological epidemiology at Rush. "As we learn more and more I think we would definitely modify or update the [MIND] diet based on the latest research", She also said "One of the more exciting things about this is that people who adhered even moderately to the MIND diet had a reduction in their risk for AD. I think that will motivate people".

The study involved 923 participants who didn’t have dementia at the start of the research. Their ages ranged from 58 to 98, with a median age of 81. Participants, who were followed on average for 4.5 years, were questioned annually on how often they ate from among 144 different food items. Subjects whose diet choices adhered closely to the MIND diet had a 53% reduced risk for developing Alzheimer’s. Risk was reduced by 54% with the Mediterranean diet and 39% with the DASH diet.

Significantly, even moderate adherence to the MIND diet helped lessen the risk for Alzheimer’s, by 35%. By comparison, moderate adherence to the Mediterranean or DASH diets didn’t affect the chances of getting the disease. That finding was particularly encouraging, because many people find it easier to follow just some of a diet’s recommendations.

The study controlled for genetic predisposition, physical activity, cognitive activity and education. A further analysis controlled for various chronic medical conditions. It was the first study published on the MIND diet, and researchers expect additional small changes to be made. Cocoa and caffeine, for example, could possibly be added to the diet with more research, Dr. Morris said.

The researchers also analyzed green leafy vegetables in relation to cognitive decline. Participants who ate one to two servings of green vegetables a day had a "dramatic decrease in the rate of cognitive decline" compared with people who ate fewer greens, said Dr. Morris. "It was about the equivalent of being 11 years younger in age", she said.

Researchers modified the Mediterranean and DASH (Dietary Approaches to Stop Hypertension) diets based on evidence from animal and human studies looking at nutrition and the brain and came out with the MIND diet. This diet calls for eating berries at least two times a week and doesn’t include recommendations for other types of fruit. Research also has shown that green leafy vegetables protect the brain more than other vegetables.

And now, let me explain. The MIND diet includes every day at least:

It also involves snacking most days on nuts and eating beans every other day or so, poultry and berries at least twice a week and fish at least once a week.

To have a real shot at avoiding the devastating effects of Alzheimer’s dieters must limit eating the designated unhealthy foods, especially butter (less than 1 tablespoon a day), cheese, and fried or fast food (less than a serving a week for any of the three).

"The MIND diet may be a triple bonus. It reduces the risk for dementia, strokes and heart disease", said Murali Doraiswamy, a professor of psychiatry at Duke University Medical Center in Durham, N.C., and an Alzheimer’s expert.

Posting comment as guest.
If you already have an account, please LOGIN.
If not, you may consider creating on. It’s FREE!